In the world of fast connections and instantaneous responses; a life of instant gratification where aesthetic pays the most, it is no wonder many are hoping for a slice of fame so they may reap the perks and enjoy life. Here are some basic steps to kick start a career on the internet.

When the blogging trend started, almost everyone had their own page where they could post about their day. It was a means of expressing oneself and staying connected to friends. But when social media mogul Facebook rose, personal blogging died with it. Gone were the days of diaries, which, let’s be honest, saw their share of success. There were ordinary people who found fame through their observations, humour or controversy, resulting in sponsors and selling ads. With that in mind, the blogosphere shifted and changed into a sizeable influence.

Hence, blogs became a powerful tool. An evolving market whereby consumers are also the ambassadors. Specializing in just beauty is a way to get noticed by others who share the same passion. However, content is king and the more helpful and original a blog’s information is, the more solid its success.

While people used to think that blogs were a means of making money on the side at most, it has become a business which demands less capital, but the same amount of dedication, passion and higher risks. In a world of eight billion people, one must truly stand out to be noticed. Furthermore, a blogger has nothing that a consumer needs, unlike a business that may be selling anything from luxury goods to basic necessities. 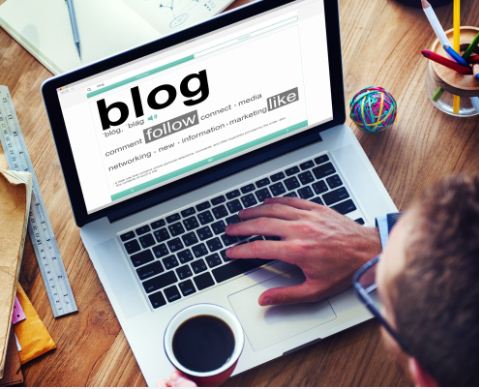 The good news is that we are in an era of content and interaction. Talent is prized and so is information. If one is not able to do makeup proficiently and creating tutorials whereby audiences may feel that they are gaining something, do reviews instead. Being honest and knowledgeable is key. This information trade-off builds a relationship with the viewers, and over time they will feel indebted towards the creator as they are learning for free and the least they can do is reciprocate with loyalty.

Once that has been established and one is started to gain traffic, do not neglect social media as this numbers add up and count for something. Influencers with more than one thousand followers are able to score local sponsorships from home grown brands or have aesthetic procedures done to them, such as hair removal with IPL laser machines, in exchange for a post or two.

As they build and network themselves properly, it would not be a problem being flown to exotic countries to attend exclusive invites or to cameo in an advertisement – depending on how commercially successful they are.

One last tip is to be genuine. Don’t do it just for the fame. It seems contradictory, but it doesn’t mean that just because you want to be rich, you can’t enjoy hard work. Find some people that interest you and cultivate relationships with those rather than leaving spammy comments with the sole intention of driving traffic to one’s own brand.

A bonus to consider is joining support groups on Facebook in the blogging niche – there are plenty that offer great advice along with traffic and comments, lending credibility to any blog.

Do You Know The Characteristics of the Effective Telemarketer?

Are You Currently Doing In Business to business Prospecting?

The Things SEO Can Do That You Might Not Know Yet

Prepping your Business for a Trade Show

What are the Advantages of Having a Vending Machine at a Workplace?

What are Impact Indicators for Parcel?

Strategies with Options for a Declining Market